How do Team Permissions work? Print

MCA Suite includes a team feature to help manage your teams, agents and related deals. See How do I set up teams? for more information.

This article will help you understand how permissions determine visibility of deals for members of your team.

Let's assume you have the following team set up: 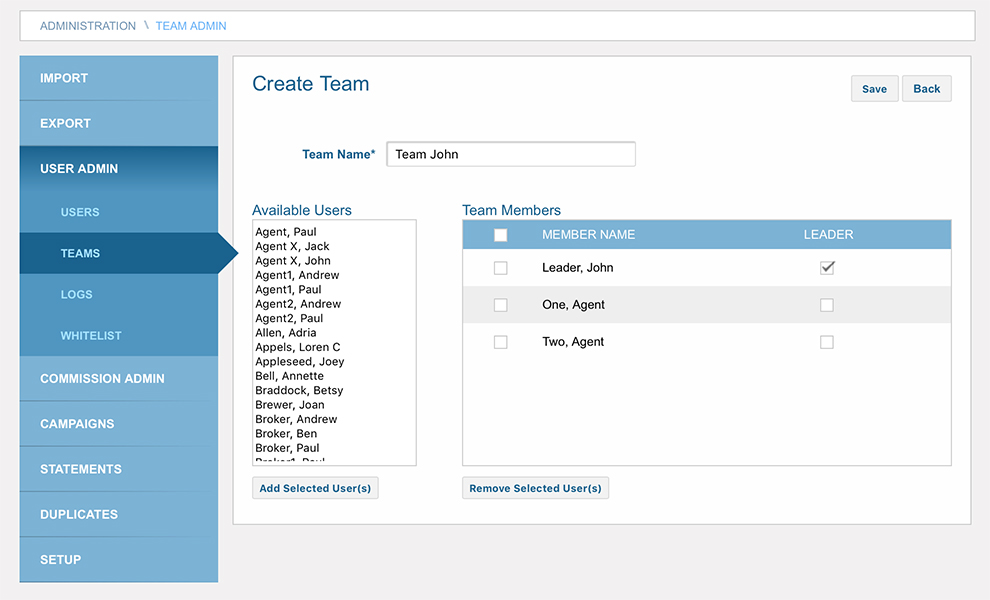 This team consists of three members. John Leader (the team leader), Agent One and Agent Two. 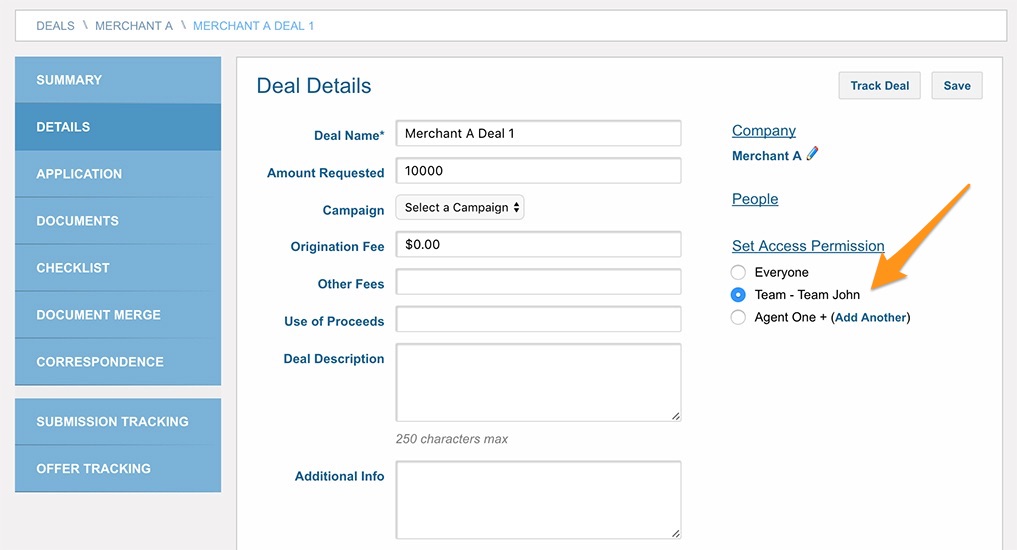 Additionally, Team Leaders have the unique advantage of being able to see all team members' deals, even if the deal is set to an individual user permission. As long as a current member of the team has their name on the permission setting, the Team Leader will be able to view that page.

For example, if we set the access permission of "Merchant A Deal 1" to "Agent One":

When Agent Two searches for deals, this deal will not show up on their list:

Note that Merchant B Deal 1 was entered by Agent Two

On John's deal search page, however, he will see that deal since he is the Team Leader:

Please keep in mind, Administrators and Managers are able to view anything regardless of individual or team permissions.

**NB: "Assigned to" and "Permission" are different settings. Limited specific users might be assigned to a deal, but if the permissions are open to more users, they will also be able to see the deal.