Why are there different three "Payback Amounts"? Print

MCA Suite takes a three (3) step approach to track cash advance deals. As a result the payback amount (sometimes referred to as the RTR or Right to Receive) may be different during each stage of the merchant cash advance process. 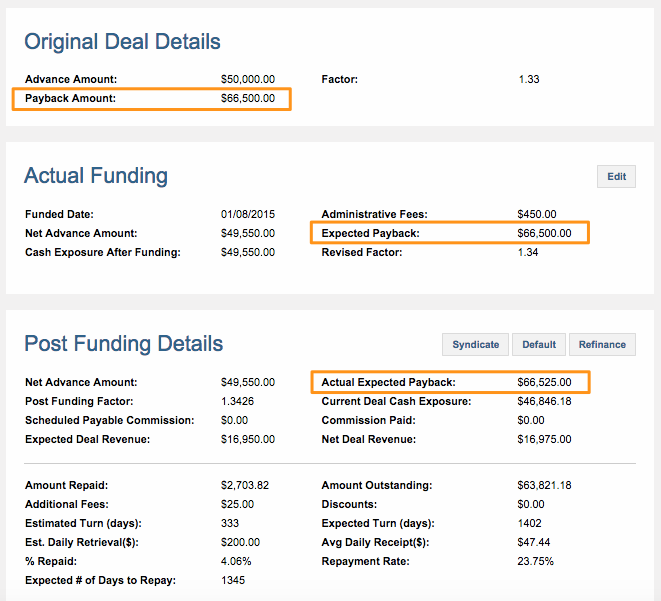