What's the difference between Deal Stage and Deal Status? Print

Each Deal in MCA Suite has a stage and a status. 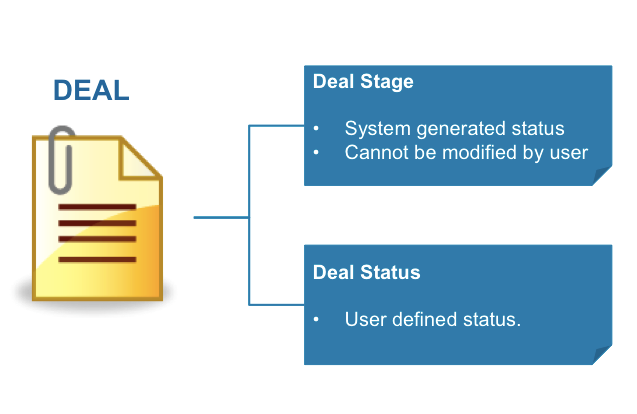 A Deal Stage is a system generated status that cannot be changed by MCA Suite administrators. MCA Suite users can define individual Deal Statuses associated with the Deal.Below is a screen of MCA Suite's Deal List page showing the usage of Stages and Statuses. Users can select a deal stage to view deals in the particular stage. Users can use the "Filter By" option to only view user defined deal statuses. Users can also use a combination of stages and filter by status to narrow down search/view criteria.

An administrator can also choose to hide Deal Stages by going into the Admin > Setup > Account Configuration page: 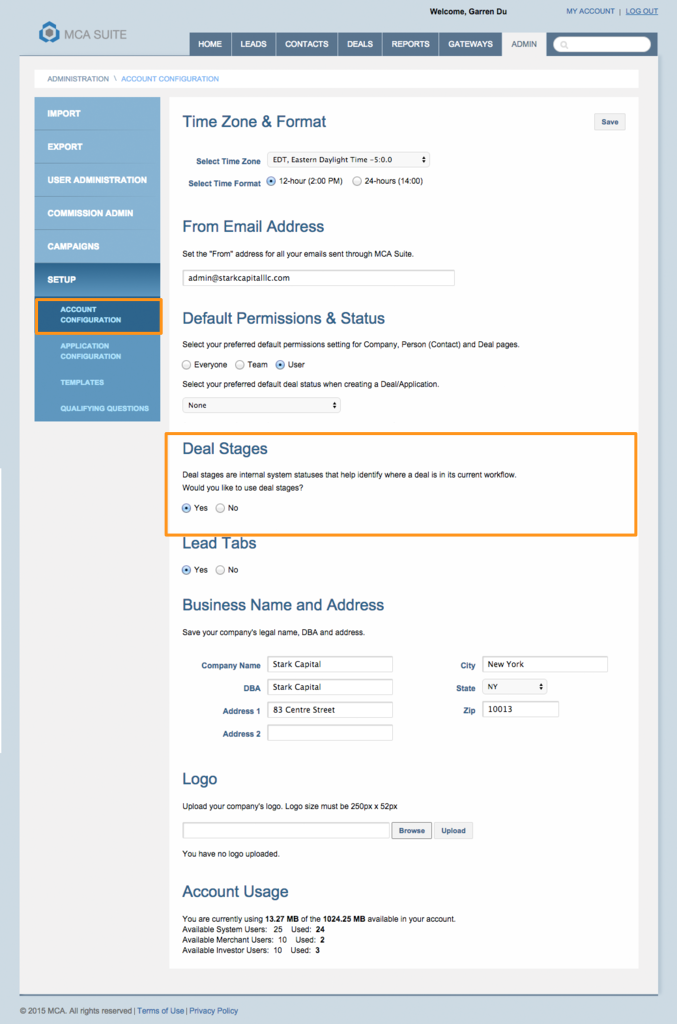 Below are the Deal Stage definitions: (See Diagram 1)

The following three stages are for our clients who have submissions module.  This is primarily for brokers. (See Diagram 2)
Diagram 1 - Stage flow for Funders 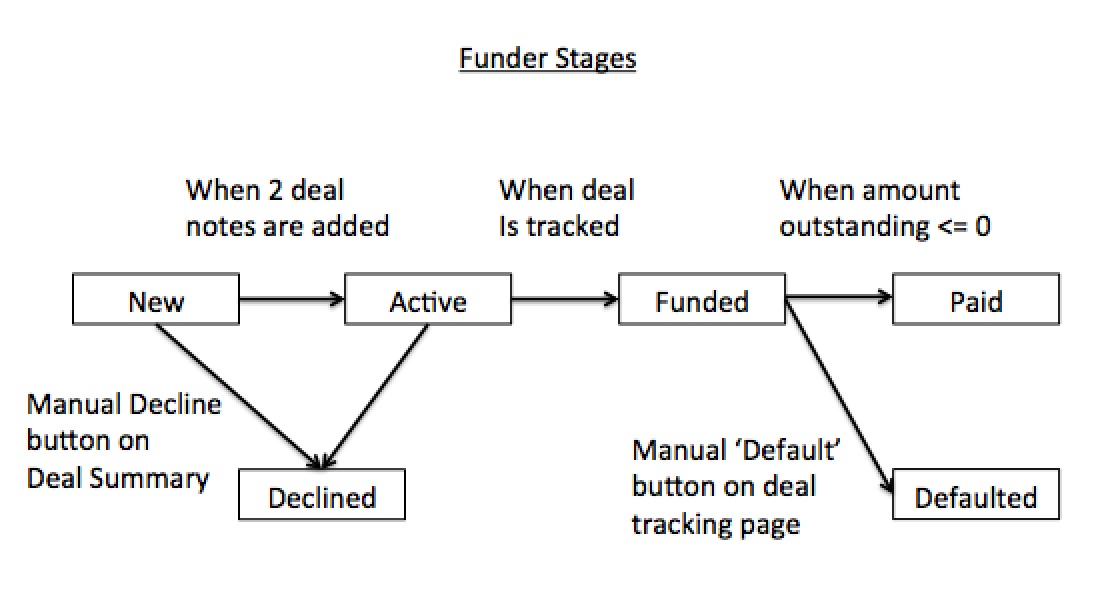 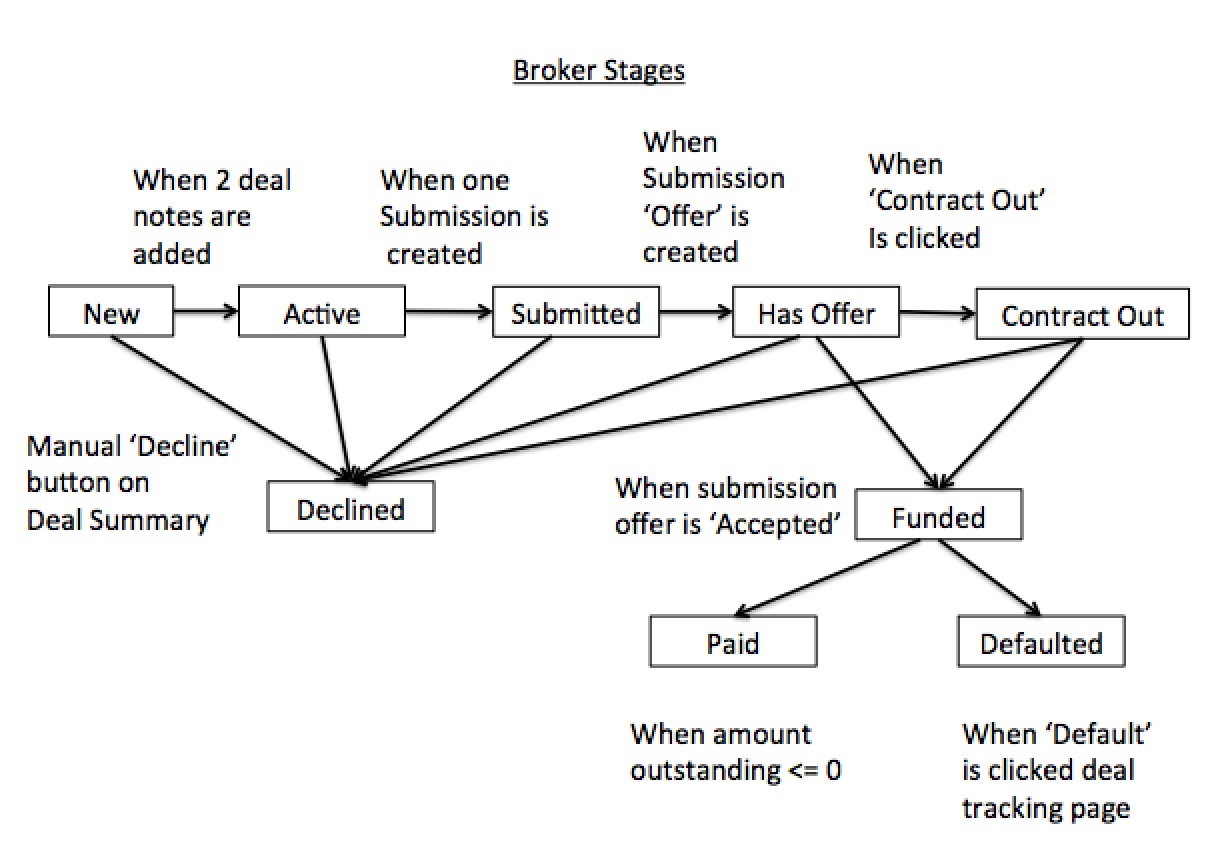 To modify Deal Statuses, refer to this FAQ article.